What is the original language of America

When the participants of the USA exchange began their trip in October, the curiosity was already huge - on the one hand to be able to experience everyday life in an American school, on the other hand to have the excursions and experiences in mind. The fact that the three-week stay was more than just a complete success was due to the interesting and balanced program on the part of the responsible teachers at Pennridge High School as well as the host families, who warmly welcomed our students, let them participate in family life and gave them different facets of American Brought life and culture closer. The initial disappointment about the postponed return visit has meanwhile given way to renewed anticipation, knowing full well that what was missed will be made up in summer 2021 and it will simply get even better. 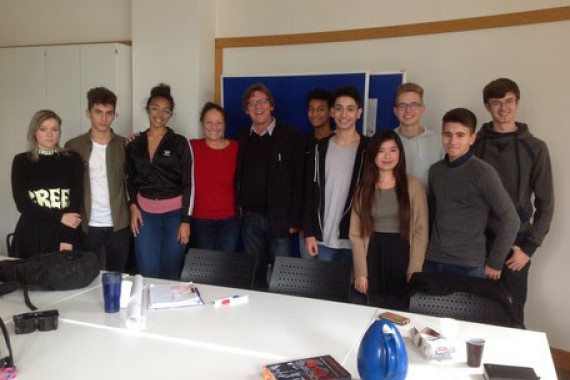 Under the title “Staging an English Play”, the P-English seminar at the Peter Vischer School in Nuremberg came together in September 2016 to develop and perform some scenes from an English play. "The Bard" hovered over our novice like a sword of Damocles, because the course instructor originally thought of some craftsman scenes from his comedy "A Midsummer Night's Dream". Little did he know ...

When he asked the theater pedagogue Anja Sparberg whether she could provide a suitable setting for a Shakespeare performance in the original, the bard was quickly dealt with. Before one could say “Jack Robinson”, she had convinced all the participants that it would be much more interesting to take on the production “The Trial of Hans Litten” in Mark Hayhurst's English original, which had just started in the Nuremberg theater had just celebrated its premiere at the State Theater.
The participants were also motivated by the two visits of actress Patricia Litten. Ms. Litten, who plays Hans's mother, i.e. her own grandmother, in the play, told the seminar participants about her moving family story. The active found out about the fate of Hans Litten, who in 1931 as a young lawyer summoned Adolf Hitler to bring him to account for Nazi propaganda. Two years later Hitler was to take bitter revenge: On the night of the Reichstag fire, Hans was a victim of mass arrests and died in 1938 in the Dachau concentration camp.
The course then dealt in detail with Irmgard Litten's book “A mother fights against Hitler” (“Beyond Tears”) and Mark Hayhurst's play “Taken at Midnight”. You chose interesting passages and tried to combine them. Furthermore, the subjects of politics, media, satire, caricature, music and cabaret were dealt with in order to find out more about Hans Litten and life under National Socialism.
At the beginning of the 30s it was believed that “Hitler's bark was worse than his bite” (epilogue to “Beyond Tears”), while studying the subject the students became aware that dogs that bark can also bite .
What the ten young people will certainly take away from the project is the realization that, especially in times of appeasement politics, populism and racism, people with moral courage are needed so that we do not fall for political seducers again.
The theatrical implementation of their research and the examination of the fate of Hans Litten will be presented by the P-Seminar on April 29th in the Blue Box as a staged reading "Hans Litten and his time" - an entertaining kaleidoscope in German and English the humor is not neglected.
The students who will perform in the Bluebox on April 29th are:
Luu-Ly / Domenico / Beatrice / Janet / Patrick / Djoua / Maxim / Irina / Muhammed / Gabriel

On January 27th, 2017, the English reading competition of the 7th grade high school took place in our school. A total of eight 7th grade students had qualified to take part in the school finals. To do this, they first had to pass an exciting qualification within their classes.
Shadu's Culture Shop was packed. When the readers presented their rehearsed texts one after the other, there was tense silence. Text passages from Harry Potter, Charly and the Chocolate Factory, Hobbit and The Tale of Emily Windsnap grabbed the audience.
The jury, made up of the English teachers Mr. Munzert and Ms. Weber, was given the best possible support in their search for the winners by our school principals Ms. Schubert (also in English) and Ms. Bergmann: Of the original eight readers, three students competed for first place: Now had to an unprepared passage of text can be read out. The winner will represent the PVS in the final round, which will be organized by the University of Erlangen in March, against the competition from other Franconian high schools! 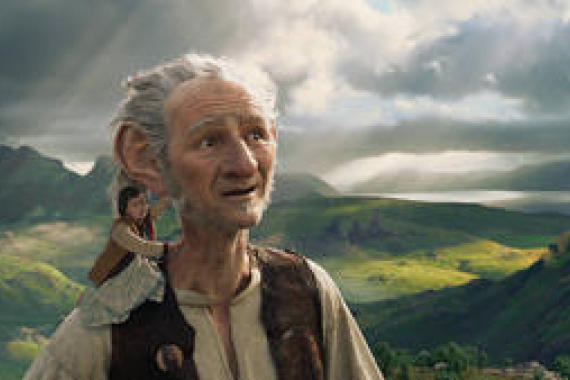 The Brit Films Festival has been in existence for 10 years now and shows current English-language films for all age groups in the original language with German subtitles. From Paddington Bear to Macbeth, everything is included, there is a high-quality film program for students aged 8 to 18 years, which is ideally suited to whet the appetite for the English film culture and language. The festival stops at the Filmhauskino in Nuremberg every autumn and so it was possible for some PVS classes to deepen the content of the lesson there by going to the cinema and to watch a film event in full length (and not cut up by the hourly grid) and without technical disruptions follow. It is to be hoped that this very good offer will also be available in the future.