Subutai is the greatest general there ever was

You can learn your lessons from this: Why Alexander never lost a fight

Darius wasn't incompetent. He was only completely inferior to the army of Alexander and Phillip.

Dareios was a thug. Alexander was a dancer.

Pete Feigal, who lives in Minneapolis, is an artist, writer, and well-known speaker. He studied Alexander, Genghis Khan, Caesar, and other classic generals in history so well that one would think he was there in the battles and the decisions. I was very pleased with him here; why strong and why weak, why winners and why losers, analyzed. I would like to share his text with you. Let's go!

We know very little about the Persians, most of the information comes from their enemies, with Herodotus being the main source. Not the most reliable.

But author Tom Holland's book, Persian Fire, is the best scientific work on the Persians that I have ever read. As far as I know, it is the first thing the Persians look at from their perspective. It covers Cyrus the Great but focuses on Xerxes and Darius and the Greco-Persian Wars. Must read for Alexander lovers.

Dareios and all Persian rulers were raised very much like Alexander and were trained fighters, administrators and generals. Dareios was very brave and as well trained as the Persian system could achieve. 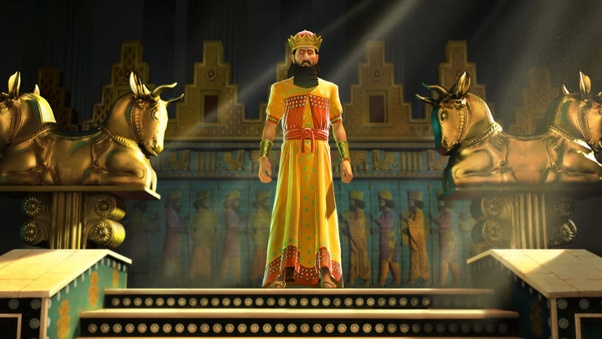 The Persian Army was unique in that it contained the first multinational combat force that tried to take advantage of (and to some extent respect) the characteristics of its myriad ethnic groups rather than forcefully impose upon them the rule of one. 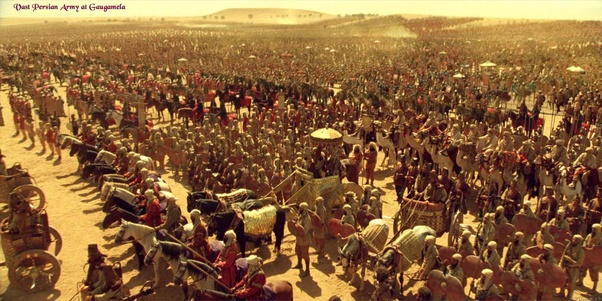 This was the work of the incredible Cyrus the Great, who transformed a mountain nomad tribe, who bred horses in tribute to whoever ruled them at one point in time, into the greatest empire on earth.

And at a crucial moment of administrative ingenuity: instead of using simple oppression and exploitation, he united the opponents of the brutal Assyrian Empire under the same banner and forged a fighting force as the world had never seen before, whose population at any given time was 40% of all living people included.

When the Persians invaded Europe under Xerxes, the Spartans gave him a little "training" in small-unit tactics and weapons. 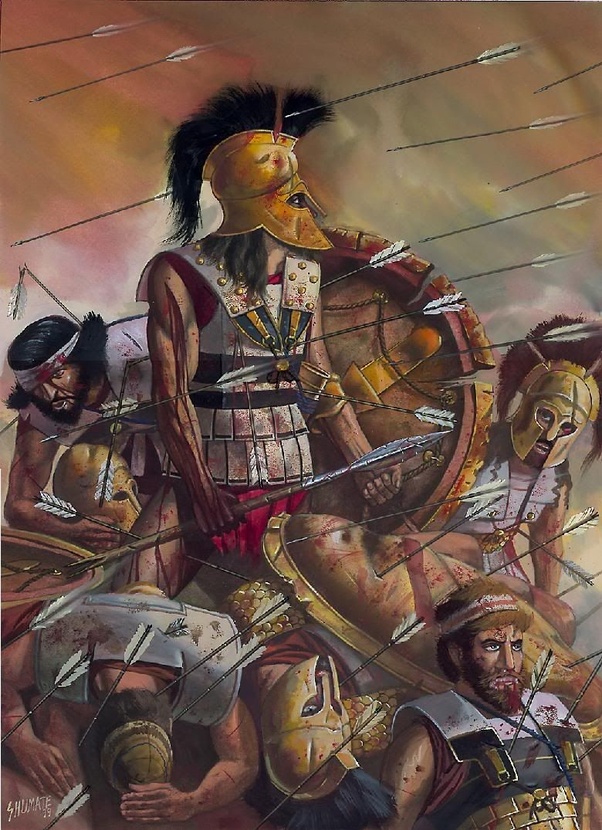 (Armies are constantly teaching their enemies little "lessons". Sometimes on a strategic level, sometimes on a tactical level. For example, the Soviets taught the Germans in Stalingrad a little about road and rubble fighting, a lesson they generously shared with the Allies in the Monte Casino shared.) 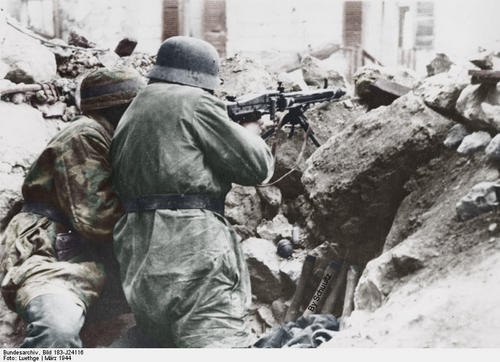 However, the lessons are not always heeded. In Vietnam, Americans were taught a brutal lesson about never engaging in a fight they “have no dog” in, and most importantly, NEVER engaging in a war that they do not have the will to win. Over 50,000 American soldiers and hundreds of thousands other wounded and lifelong soldiers paid the price for this tough lesson. Not counting one million Vietnamese dead. Has it been taken to heart? Has the lesson been learned? Did her suffering and death finally clear America up, or was her sacrifice in vain? 2001-2002 and it still counts. Iraq and Afghanistan.

"We are no longer fooled." 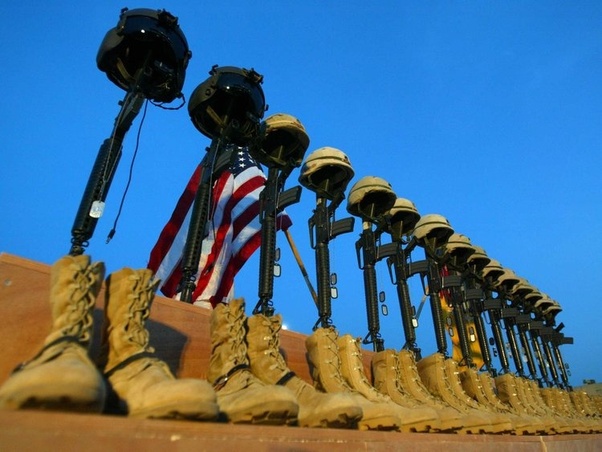 The Persians did not learn from the homework the Spartans gave them, and when the Macedonians showed up in their backyard about 150 years later, their armor still left their face and neck almost unprotected, their spears too short, their shields still made of wicker , their formations may have been in step with all the other armies in the area ... but not Phillips'. His formations instantly made the Persians a century obsolete. Alexander was just miles away from Darius. 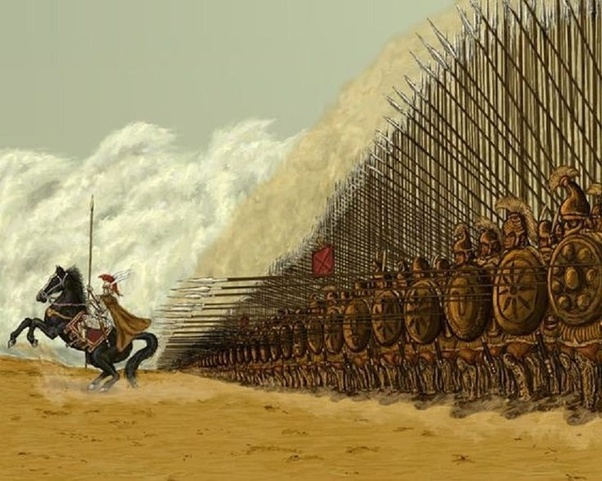 I have on Quora (Explain: what the post comes from) occasionally seen some, but not many, writers who said with absolute certainty that the armies Alexander faced were weaklings, that Darius was an incompetent man, and that Alexander received much credit.

Nothing could be further from the truth. Alexander faced one tough enemy after another, from the Danube to the Indus, all with different warriors, tactics, formations (or lack thereof, sometimes worse), tactics, weapons, and on different terrain. In other words, a tactical hell for everyone but the most skilled commander. 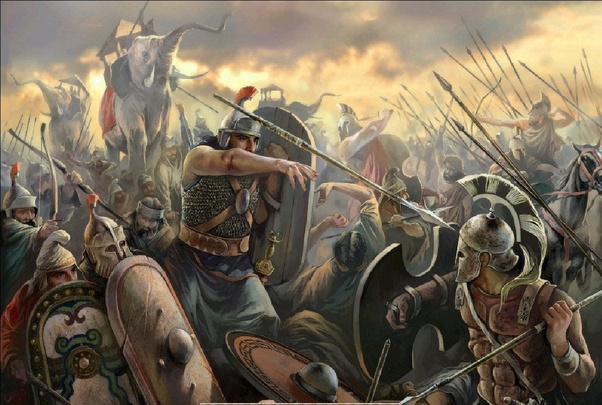 But Alexander found their weak points, exploited them and hit these weak points with his strengths. He never lost a battle.

Did his enemies use local, untrained conscripts on site? Of course, all armies of that time did. They were of little use except to take an opponent off guard. A slow or ill-advised adversary. But not Alexander. He was always deep in enemy territory (another amazing thing in Alexander's continued victories) so he had no local conscripts, trained or otherwise. He didn't need or want them, he had his professionals. 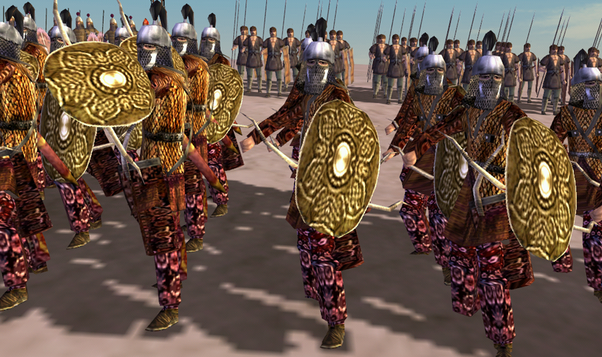 Was Darius' army strong? Very strong. She had some of the best riders in the world and rode what was probably the largest horse meat in the world. She had the famous "Immortals", her "Death or Glory Boys". 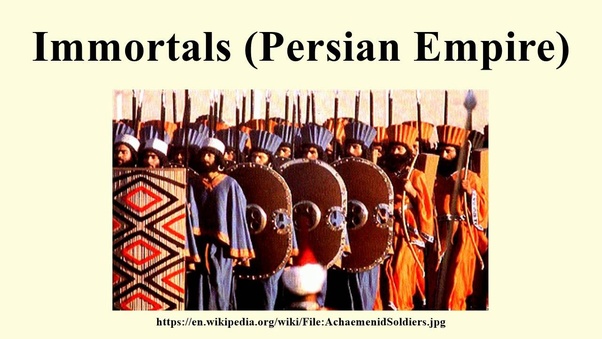 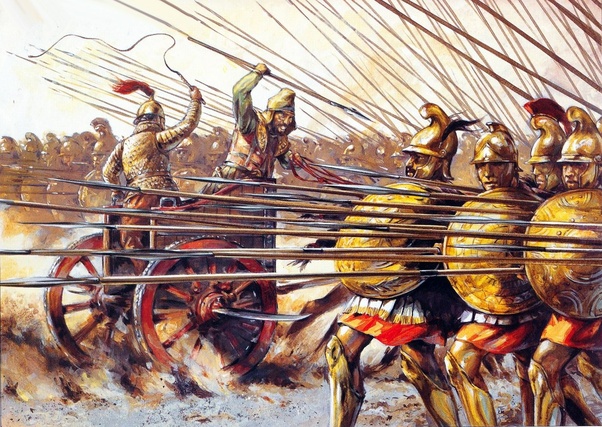 Some war elephants, and I could go on and on about their multinational army. It was also very, very big ... too big. Too unwieldy, too slow. 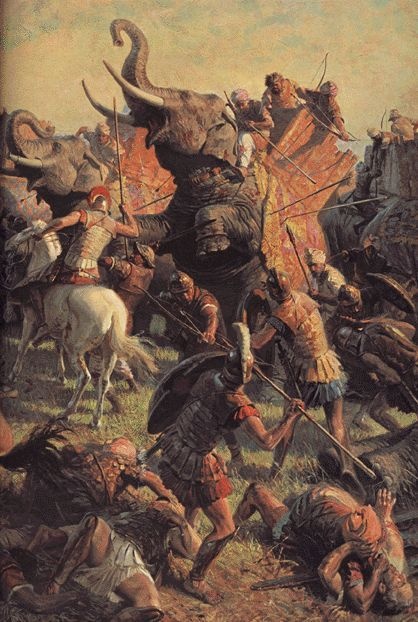 Amateur chair generals often believe that battles are always won by obtaining numerical superiority over the enemy. And yes, it often works quite well ... During World War II, most Allied operations against the Axis forces were only started after an excess of men, weapons and supplies had been reached. But the Allied manufacturing base was their greatest weapon, so the strategy made military sense.

But there are also times in history when the smaller, faster, and more agile armies were almost unbeatable. The Roman legions were often outnumbered, but Rome had learned from their "lessons" from the Greeks / Macedonians, and they too had developed professional armies that could move quickly, aided by their road system, which was probably their greatest weapon. They moved so fast, like the Mongols and Alexander, that the enemy thought they were facing multiple armies. The Romans were so flexible in battle too, they were dancers too. 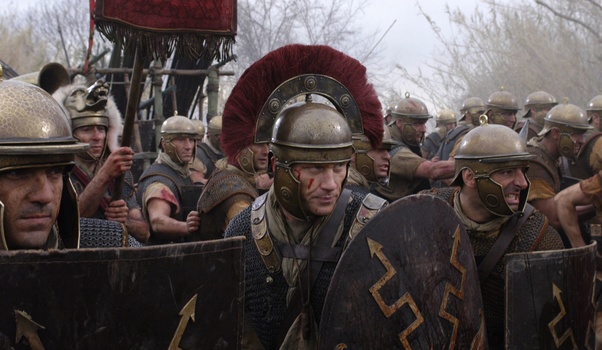 Despite all the hype around huge "hordes", the Mongols formed rather small armies. The Christian apologists also tried to explain how the European knights / armies were so quickly defeated by an enemy who actually had relatively small armies. In the roughly 60-70 years that the Mongols conquered most of their incredible empire, it is estimated that they never deployed more than 100,000 men in total. That sounds like a lot, but when you consider that Darius deployed between 100,000 and 150,000 men in the Battle of Gaugamela alone, it becomes clear how small their armies were. A modern football stadium can seat 100,000 people. 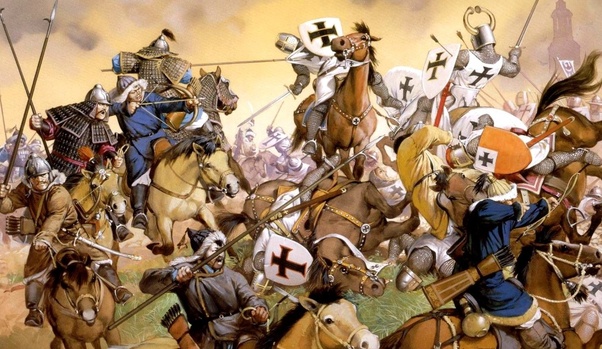 (If you've never heard of him, look, read, and be amazed, Subutai, the Khan's greatest general. More and more military historians are turning their attention to him, discovering that he is the most overlooked and underrated general of the History is. Really amazing). 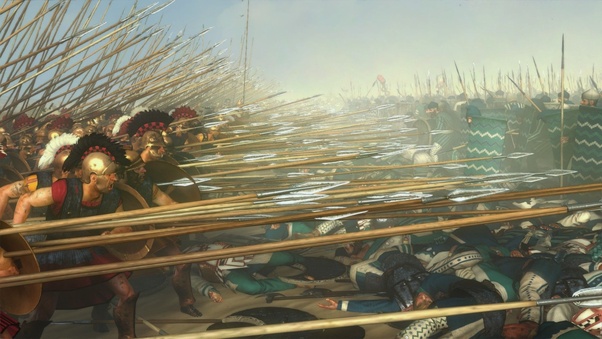 Some wonder why Alexander fought with only about 40-45,000 men on average, while his opponents often had three times as many. Partly because Macedonia was a small country and there were few Athenians, Spartans, or Thebes in its army, because he kept them under military occupation in Greece. 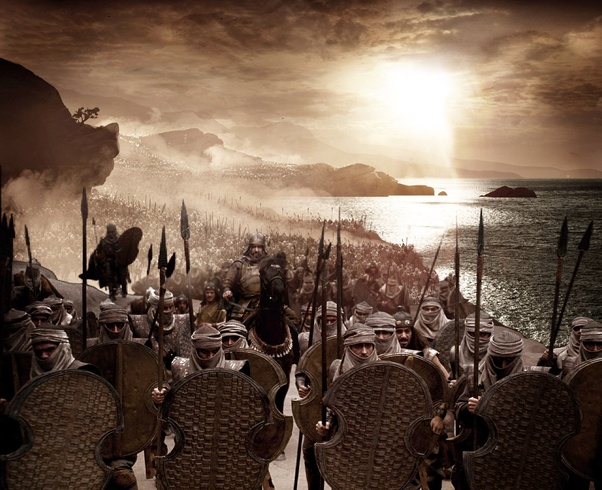 But mostly because Alexander had learned that 40,000 men were the maximum he could effectively move in one day. This enabled him to be more flexible and faster in combat. He could maneuver and move like a dancer while his opponents staggered around like drunken sailors. 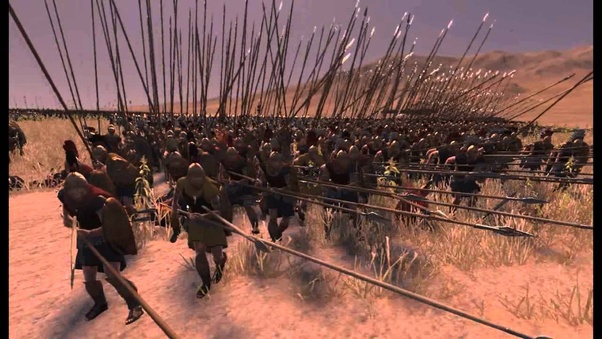 Alexander never got upset about bad odds because he knew the numbers would prove themselves over time. It didn't matter if he was outnumbered anywhere on the battlefield. Because he always found a way to use his genius to find the one, the weakest, the most critical point in the formation of the enemy. And then use his cavalry with him at the head, to gain numerical supremacy at THAT one point, to break through it and to flank the enemy army. He did that over and over again. Its battles did not last long, unlike the several hours of snail fights in some battles of antiquity. Alexander was able to align the strength of his entire army so that they could focus exactly on what they had to do, what he had taught them, and not waste their energies. That was what distinguished professionals from amateurs, soldiers from warriors. 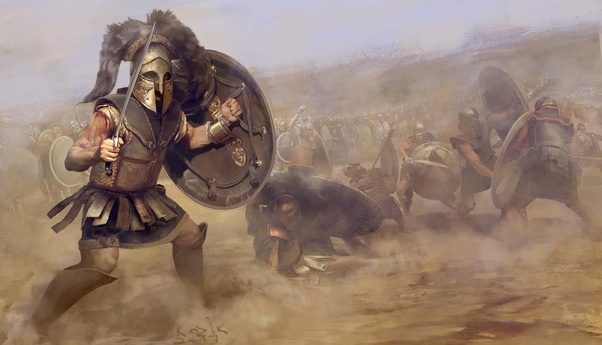 Within the Persian Army, without proper supervision, all of these different units would get in each other's way and cause more harm than good, but it appears that they were well coordinated and effective.

But Alexander had something better: the first fully trained professional army. The key word here is "professional". Every battle he's fought, from the major trench warfare that we study intensely, to the hundreds of smaller, less "spectacular" battles, ambushes, river fights, naval problems, and skirmishes that we seldom study, but in many cases do were more crucial to Alexander's success, he had put professional soldiers against warriors. Incredibly skillful and brave, but warriors. And soldiers always win against warriors.

Darius and his army went from being one of the best in the world to an army a century behind. 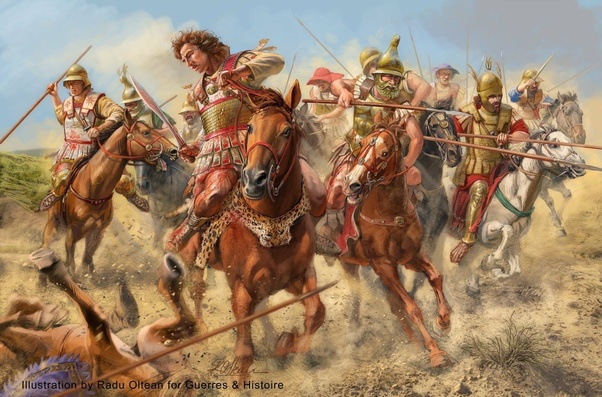 It was not because Darius and his Persians were so poor and incompetent, but because Alexander and his Macedonians were so superior.

When Ali fought Foreman, it wasn't that Foreman was weak or a bad fighter, quite the contrary. He was younger, much taller, much stronger than Ali. He had a number of opponents knocked out. beaten for a chance to fight Ali. Foreman was considered the best fighter in the world at the time. Ali's time was over because Foreman could beat any opponent who got in his way. Even Ali's own people begged him not to fight him, telling him that Foreman would actually kill him or cause permanent harm. But Ali was faster, more agile, a lot smarter, and much, much more shrewd when it came to fighting style and tactics.

Ali let Foreman lash out, wasted his strength wildly, and then, WHAM! brought Ali the hammer to the ground and was simply superior to him by landing precise blows at will, focusing his power like a laser beam and dancing rings around his larger, slower opponent. It was one of the greatest fights in history, mostly because everyone was so stunned by the outcome because no one believed Ali could beat him. Except for one lonely man: Muhammad Ali.

It wasn't that Foreman was not a good fighter, as he had proven by winning most of his previous fights, it was just that Ali was miles above him in a class of genius.

Darius / Foreman were thugs while Alexander / Ali were dancers.

I really appreciate that people give me their time to read my mind. Thanks. 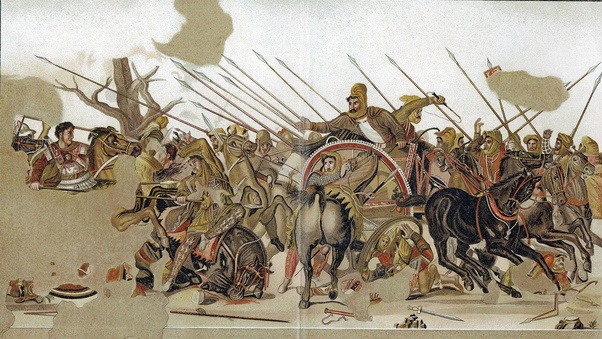