Why do Canadian universities outperform Australian 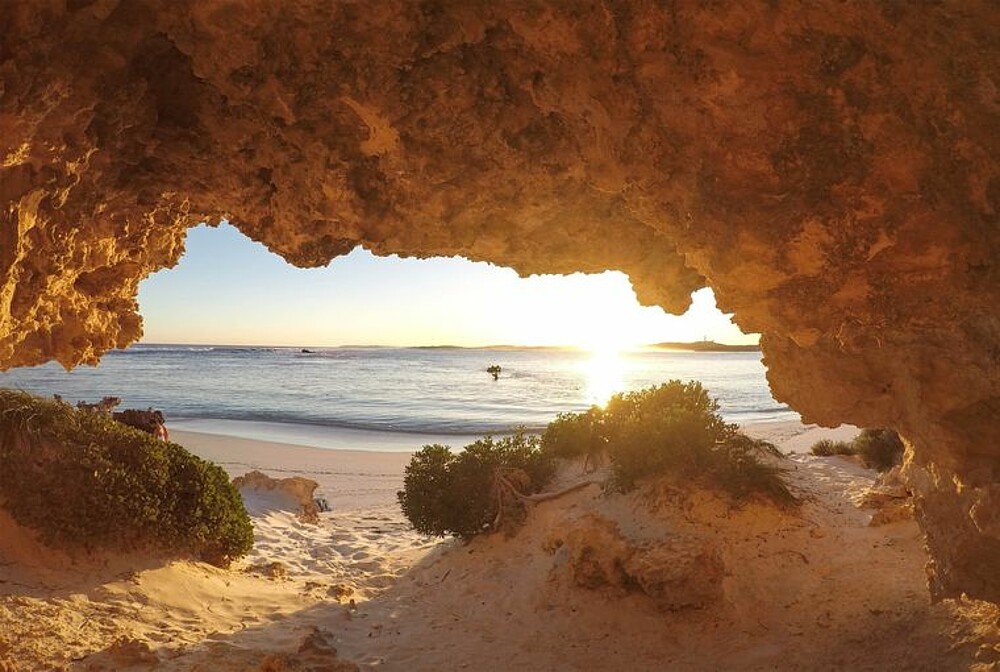 In August 2017, after 1 1/2 years of internship and work & travel, I returned to Germany from Australia to start my master’s degree in architecture. In October 2017 I made the decision to go back to this incredibly beautiful country. This time for a semester abroad. You can say that I've already developed a certain connection with Australia. For good reason.
The nature (whether outback or coast), people and the weather are hard to beat.
In addition, it is very advantageous for the architecture industry, as for many other courses, to have international study experience.

The patience was rewarded

My first point of contact was the International Office at my university. Unfortunately, no exchange semester was possible for the architecture department, which is why the Ranke-Heinemann Institute was recommended to me, as they have a lot more experience and contacts with the Australian universities and I was also able to save tuition fees with the RHI funding program.
My goal was to go back to Perth, as I had come to appreciate the city, surroundings and people there very much during my stay there. I chose Curtin University because I looked at online rankings for my degree and Curtin is known for having a lot of international students. As a small safeguard, I also applied to the University of Newcastle, which was also very high in the ranking.
After all the necessary documents (language test, application letter, English transcript of records, etc.) had been sent by RHI to the universities, I had to be patient. Much patience. Fortunately, I was helped by RHI, who continuously asked the universities about the status of my application and kept me up to date. After three months I finally had the promises I had hoped for.
It was clear, I was going back to Perth.

The love of money and "semester break"

Even before I was accepted, I had prepared my scholarship and foreign student loan documents so that I could then send everything as quickly as possible. Fortunately, I received the PROMOS scholarship from the DAAD and the Gerald-Frank Brown Memorial scholarship from Curtin University.
Why? I think that the grade point average and especially the letter of motivation were decisive. Since I already knew a semester beforehand that I wanted to apply for a scholarship, it was a good motivation to achieve very good results at the university. What should not be underestimated is when the Australian semester starts and when the German semester ends. In my case, I had to move three out of four subjects up to ten weeks forward. Since all the exams were oral presentations, I was allowed to prefer these after consultation with the professors, which of course was associated with a little (a lot) of stress. The thought of being in Australia a short time later made everything half as bad. In addition, after the semester abroad you have much longer semester breaks, which you can use for traveling.

Not everything can always go according to plan

After staying with friends for a few days, I found a nice flat share in Manning, not far from campus. I decided against a student residence because the rooms were a bit more expensive on the one hand and because I had already made the experience that you can learn a lot if you live with Australians. Not only the language, but also because they mostly want to show you your country, city and culture and so you can have real Australian experiences. My start to the semester was made difficult by a skateboard accident during the introductory week because I tore several ligaments in my knee and cracked my kneecap. This means that the international health insurance company had already visited a doctor in the first week and paid for MRI scans. It didn't look good for my stay in Australia. I was told I needed an operation, but without Medicare no surgeon in Australia would do it. Does that really mean I have to get back on the plane? Fortunately, after a few conversations with surgeons from home, I was able to establish that the operation can wait until after my semester abroad and that I can continue my stay in Australia. It was definitely not the happiest start, but I knew it could only get better and my roommates as well as the people at the university were all incredibly helpful. After two months I was able to walk normally again and ride my bike to university.

When the university becomes an oasis of well-being

The campus is very big and incredibly well-kept and beautiful. Here is everything you can think of, such as hammock hotels (hammocks), each of my beanbags for the green areas, food trucks, canteens and a bar, in which a toast was made after each intermediate presentation.
But what makes the charm especially, are the many plants and green areas with huge trees. Here you can still learn something about the Australian flora.
The university is generally equipped with new technology and the library is nice and large. There are many activities and events on the university campus, which can be very interesting, tasty or fun. The range of university sports is diverse and sounds tempting, but unfortunately I couldn't try that because of my injury.

As in Germany, the semester consisted of four courses. There was a big project in which we designed a new “Aboriginal Culture and Art Center”. What could be more Australian than engaging with Aboriginal art and culture?
The project consisted of two courses and therefore took 50% of the time. The other courses were more research-based, on the one hand analyzing, modifying and applying the methodologies of famous architects and on the other hand researching the influence of artificial light on the monumentality of architecture in public places.
The course of the semester was a little different from what I was used to at my German university. Every four weeks there was a lecture-free week in which one could go on small road trips or prepare the interim presentations and submissions. The intermediate presentations were graded and counted between 30-50% of the overall grade. We had weekly presentations and the professors were incredibly motivated and took a lot of time for meetings. At every intermediate presentation there was always drinks, pizza, chips or Vietnamese food, which I had never known before from my university, but I will definitely suggest it at home. The weather, the beaches and upcoming road trips were also a good motivation to work efficiently in order to enjoy the Australian work-life balance. However, it can be worthwhile to put a little work into your studies. Due to one of my research projects, at the end of the semester I was offered a position with sponsorship from a building contractor who had also supervised the course.

1. Rottnest Island
I can't rave enough about the island, which is only 30 minutes from the mainland. The island with its incredibly beautiful beaches and famous quokkas is best explored by bike. Don't forget the Quokka selfie!

2. Carnac Island
A sailing trip to the island with local providers is definitely worth it.
Even if you are not allowed to enter the island, you can here with sea lions in the wild
Swimming in the wild (harmless) and snorkeling through small caves.

3. Fremantle
Also called Freo, is an old port city which is only 30 minutes away from Perth’s CBD
and because of its charm, the brewery and the weekly market
should be visited.

4. Cottesloe Beach
Is a nice stretch of beach with cafes, ice cream parlors and bars nearby. In March there is
always the "Sculpture by the Sea", which is an impressive art exhibition on the beach.

5. Kings Park
is one of the largest inner-city parks and has great views of the
Swan River and Perth’s CBD.

6. Elizabeth Quay and Yagan Square
are new, modern places in Perth’s CBD and offer all kinds of different attractions.

7. Heirrison Island
is a small idyllic island on the Swan River. There's a separate area here
in which kangaroos live and are not afraid of tourists.

8. Celebrate in Northbridge
Northbridge is the area of ​​the city where most of the bars and clubs are located.
At the weekend it's Rambazamba.

9. Southperth Foreshore
Here you have the best view of Perth. Particularly impressive at night.

10. London Court
A small hidden pedestrian street in Perth where you feel like you're in a Harry Potter movie
feels displaced.

Small tips on the side

How to Save Money in Australia

- Everything you need can be found on the Gumtree.com.au website.
Be it accommodation, a job, mobile phone or a road trip partner.
- Australia is a bit more expensive in terms of the cost of living, but you can earn a lot more here in small part-time jobs. To do this, you first need an Australian bank account and a tax file number (tax number).
- A Smart Rider for the bus saves money and is straightforward. Simply link to the Australian bank account and the university online.
- The ferry to Rottnest Island is cheaper on Tuesdays.
- With Uber or Ola you can get home much cheaper than by taxi, e.g. from partying at night.
- The Wiki Camps app is the best for road trips, as it displays and navigates campsites, whether free or paid, with ratings and all important information.
- Keep your eyes open when walking along the Swan River. You can see a lot of dolphins here.
- If you have enough time, you should definitely travel the whole west coast.
It couldn't be more beautiful.

What is left to say?

Just plunge into the adventure

The last five months have brought many new impressions, friends and business contacts.
The west coast of Australia is not only incredibly beautiful and the people are open and very helpful, but obviously also has good universities with very good professors. The study costs are initially off-putting, but you also get a lot on offer and it's just a unique experience. Of course there are small hurdles every now and then (that's life), but you grow beyond yourself and get life experiences that nobody can take away from you.