Who is the kingmaker in this election?

Mansour Abbas could decide on Israel's next government coalition. The head of the conservative Islamic Ra’am has set the course. 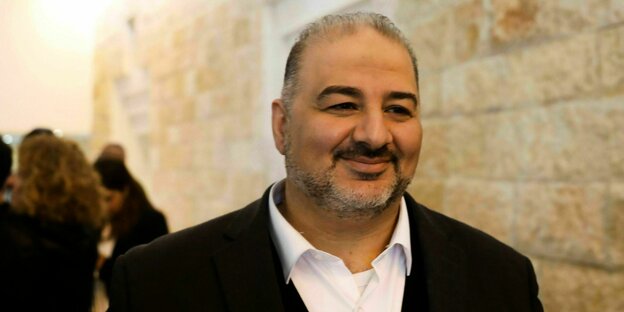 TEL AVIVtaz | He could become kingmaker in the Israeli parliamentary election next Tuesday: Mansour Abbas, the leader of the conservative Islamic party Ra’am. So far he has had very limited political influence, but since the rapprochement between him and Prime Minister Benjamin Netanyahu, his name has been on everyone's lips in Israel.

The sudden closeness between the two politicians causes some eye rubbing, as Netanyahu has been making headlines for years with his agitation against Arab Israelis and has made no secret of wanting to annex the West Bank.

Likud MPs, who could be dependent on his support, describe the 46-year-old as a “bridge builder” and Arab-Israeli activists as a traitor. The Israeli daily calls him “Israel's most talented cow dealer” Ha’aretz. The father of three grew up in the Arab-Druze village of Maghar.

As a student of dentistry at the Hebrew University of Jerusalem, he chaired the committee for Arab students, became active there in the so-called Islamic movement and finally in the Ra’am party, the political arm of part of this movement. In 2007 he was elected its general secretary. Mansour Abbas was there when four Arab parties came together on the United List in 2015, sparking hope among Arab-Israeli voters. But he was overshadowed by the more charismatic leaders Ayman Odeh (Chadash) and Ahmad Tibi (Ta’al).

After the United List supported the Blue-White alliance after the election in September 2019, but was given the cold shoulder by its chairman at the time, Benny Gantz, frustration grew among Arab voters. The pragmatist Mansour Abbas came to the fore.

On LGBTQ issues - a sensitive issue for Arab-Israeli society - he separated himself more and more from the other listed parties and emphasized the Muslim-religious aspects of his party. In February he got out of the United List with Ra’am. The other three parties had not agreed to his catalog of demands for the joint list to be continued. For example, the list should reject a bill that bans LGBTQ conversion therapies.

For Abbas, a cooperation with Netanyahu does not seem to be contradicting itself, but rather consequent. In an interview with Channel 12, he said that he had little in common with the left. “In foreign policy, of course, I'm on your side - we support the two-state solution. But I'm on the right in religious matters. I have a lot more in common with [the ultra-Orthodox parties] Shas and United Torah Judaism than with Meretz and Blau-Weiß. "

The outcome of the election is likely to depend on a few votes. Should his party make it over the 3.25 percent hurdle, Abbas has already set the course for the role of kingmaker.