This posting is a guest post by Leo Widrich, formerly the author of Weblicht.at (no longer online) and now a buffer mastermind. Have fun while reading! And if you feel like posting a guest post yourself, please let us know.

No, we don't want Facebook. That seems to be a widespread opinion among companies (bosses). In the majority of Austrian companies, Facebook, Youtube and similar sites are blocked. Ascending trend. As is known, more and more Dax companies are blocking Facebook.

We all know why this is so. Security risk. Loss of productivity. Damage to image. You can think of more reasons. It's just that it's a bit easy for yourself. If you put a stop to these services from me, you may harm your own company more than it is good for you.

Because we can switch off on Facebook. We browse aimlessly through the status updates, comment on news from friends, leaf through photo albums or watch the latest video from Lady Gaga, A Real Bad Romance. Whatever. On Facebook, we can drift off without ever arriving anywhere.

If you overdo it, you have brain pulp. Somehow logical. The longer you let yourself be massaged, the more mushy it gets. But let's leave the gruel out of the game. Let's talk more about massage. 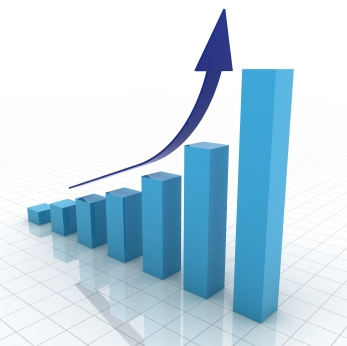 As with many discussions where two extremes are discussed - No Facebook VS. Unlimited Facebook - the truth is in the middle again.

And what does this phrase mean, please?

We know one thing. We need breaks when we work, regardless of whether Facebook is blocked or not. We then smoke, eat, gossip or talk on the phone, you name it. Nobody blocks that either. So it makes sense intuitively if you could ONLY use the breaks to check Facebook (or play Fragger).

But this middle ground has rarely been considered and its advantages reflected even more rarely.

A little bit of Facebook makes us more productive

An interesting study found that employees who tweeted during their breaks and were on Facebook worked 10% more productively compared to colleagues who had no opportunity to browse freely. The reasons are obvious and fit with the arguments in the introduction. Facebook offers us the opportunity to switch off and unwind at short notice, so that we can focus again after our short ride. So, in small bites, Facebook is a valuable tool.

In small bites? How does that work?

One problem here, of course, is that even if we were open to a less extreme solution, we don't know where to start. The simplest help are 2 inconspicuous but effective browser extensions that set a daily limit for free browsing on Facebook, Youtube and co. give. For Chrome users the extension is called "Chrome Nanny", for Firefox users "Leech Block". Simply set the time how long you can surf freely on different pages and you have an effective restriction, but it is not a block.

Anyone who knows that they only have 60 minutes a day to relax will use this goodie time specifically to switch off briefly after periods of concentration. No study has to prove to us first that this leads to increased productivity.

But it doesn't always have to be corporate stuff. We often resent ourselves spending too much time on the wrong pages. So if these small extensions are not enough and if you want to bring yourself into a more productive environment on your own, this tool is recommended: RescueTime. RescueTime is awesome because it helps to create an even better balance between total focus and relaxed browsing.

Bottom-line: The general attitude of many employers that Facebook is only bad for a company's productivity should be reconsidered. Anyone who is allowed to enjoy little joys in the form of Facebook at work will in no way harm the company.