How did Japan deal with Fukushima

Ten years after the nuclear disaster in Fukushima

First the earthquake of March 11, 2011 destroyed the main power supply, then the tsunami flooded the emergency power generators. Soon the fuel in three of the six reactors at the Fukushima Daiichi nuclear facility overheated, causing core meltdowns. As a result, hydrogen gas exploded several times in the reactor buildings after it was released from the pressure vessels. The television images of the radioactive clouds of smoke over the piles burned themselves into the collective memory of the world. Radiant particles contaminated over 1,000 square kilometers and over 160,000 residents fled. 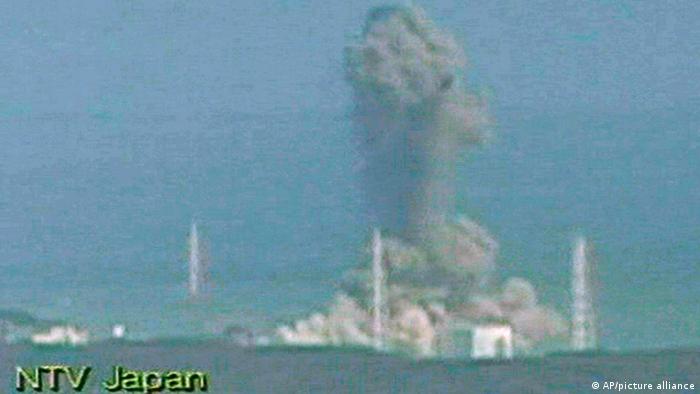 Ten years later, the visible signs of the catastrophe disappear. Everywhere in the 20-kilometer zone around the nuclear facility, excavators and cranes are tearing down the many buildings and houses that have become uninhabitable due to quakes, vacancies and contamination. The mountains of sacks of the remains of the decontamination that ruined the landscape for years have largely been removed. Today there are solar systems in many fields and meadows. But the governor of Fukushima, Masao Uchibori, speaks of "light and shadow" in his assessment of the tenth anniversary of the catastrophe. "Part of the light is that the radiation level has decreased. We decontaminated, today only 2.4 percent of the prefecture area is closed," says Uchibori. "On the downside, there are still 37,000 former residents evacuated."

In the meantime, all evacuation orders for the 20-kilometer zone have been lifted. But large parts of the cities directly at the nuclear power plant and the settlements in the north-westerly direction are still highly contaminated, a total of almost 340 square kilometers. There the radioactivity is at least 50 times above the standard limit of one milli-sievert. So far, only small, decontaminated special economic zones have been set up in these cities, which are intended to serve as bridgeheads for later resettlement.

Between 30 and 60 percent of the former residents have returned to the cities and towns further away from the nuclear power plant. However, there are only a few families with children. Often they fear the radiation, and many have already taken root in new places of residence. Most of the returnees are therefore senior citizens. For example, 68-year-old Tomoko Kobayashi, who runs a pension 14 kilometers north of the nuclear power plant with her husband.

After the disaster, she fled to her son's family in the big city of Nagoya. But soon she longed for the taste of her homeland. "The dishes and food in Nagoya didn't taste as good as in Fukushima," she says at her guesthouse. "So we went back to see if local foods could be eaten again."

The couple joined a group of citizens that carried out their own radiation measurements on soil, air and food. According to their data, the consumption of rice and vegetables, for example, is safe. 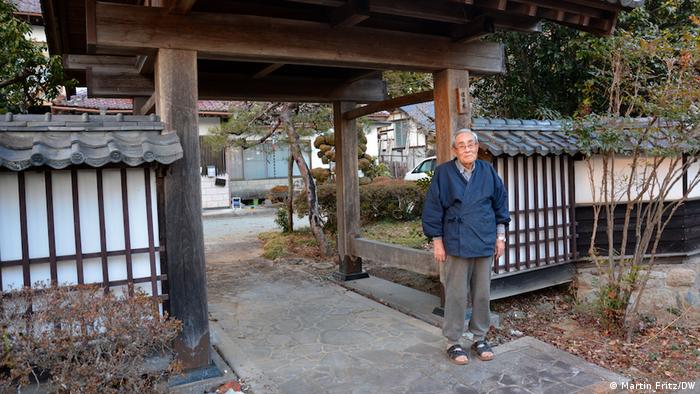 The attachment to his own soil also motivated Seimei Sasaki to return. His family has lived in the area for five centuries, leasing fields to rice farmers and living on the yields of a small forest. The sprightly 95-year-old had his traditional house with the typical curved roof renovated. He has no illusions about the future. "I hope that the reconstruction will succeed as quickly as possible. But it will take 30 years, maybe even 50 years, until everything goes well again," he says. "I would also like to see more people farming again. But nobody comes." One reason are the high compensation payments. "Many evacuees bought a new house elsewhere and don't want to go back now."

There is also light and shadow at the source of the evil: At the Fukushima Daiichi nuclear power plant, the molten fuel is cooled and the ruins withstood further tremors. But the cleanup is going much slower than planned because of the radiation. Over 1,000 tanks with 1.3 million cubic meters of water also accumulated on the site. The operator Tepco wants to divert the water into the Pacific, but the government is hesitant because it contains radioactive tritium. Also, you still don't know exactly where the molten fuel is, let alone how you can retrieve it. But the Tepco manager Akira Ono, who is in charge of the shutdown, does not want to discuss it for the time being: "If you ask ten people, you get ten opinions."

No exit from nuclear power

Unlike in Germany, the nuclear disaster in Japan did not trigger a political jolt. A right-wing conservative coalition that is sticking to nuclear power has ruled for over eight years. However, due to the need to retrofit safety technology, only one in six of the original 54 reactors was able to restart. According to surveys, a majority of Japanese are against its further use, but this has no effect in elections, explains the Japanologist Kristina Iwata-Weickgenannt from the University of Nagoya.

"Outside in the 1960s and early 70s, Japan never had a very pronounced culture of protest. On the contrary: political activism has experienced strong stigmatization since then," says the German expert. As a result, disaffection with politics is now extremely high and there is little hope that street protests will bring about changes. "In light of this, I am not surprised that the initial protests against nuclear power have largely stopped."

At least in Fukushima, however, people fully rely on green electricity. The share is to increase from 40 percent today to 100 percent by 2041. They never want to generate nuclear power there again.